Sunny Harbour Cat Rescue was formed by myself, Sarah and my husband Paul, in 2008 after working with other rescues for a number of years. Our aim was to help those cases most often turned away by rescue. The sick stray rescue cats, the oldies, injured cats, orphan kittens needing hand rearing and those with behavioural or medical issues issues requiring long term rehabilitation.

We were to be the haven for these cats when they had nowhere else to turn.  We wouldn’t pick and choose, opt not to take a cat because it would be too old, too aggressive or too costly.  We would accept cats and kittens based on NEED no matter the problem, breed, age or condition.

One of our early cases was Colby.  Even writing about him now brings a lump to my throat.  This once handsome little kitten had been abandoned at the side of the road.  Covered in faeces, dirt and mud we knew that we were his only chance at ever living.  Once we got Colby back to the Harbour we discovered just how bad he was. Despite a week of veterinary treatments, nursing and care we finally had to let Colby go to Rainbow Bridge as his insides had deteriorated due to neglect beyond repair.  He was only around 7 months old but the size of a 16 week old kitten. Though his life with us with short the love, compassion and happiness he felt in that week was real and he left this world not knowing neglect and suffering but love and tenderness.

Starting Out As Sunny Harbour

Over our years in rescue we accumulated a large amount of basic equipment of our own such as collapsible dog pens, litter boxes, cat carriers, bowls and basic every day supplies.  So that was a start and as for location, well, we had our home, which is also now home to us and Sunny Harbour and up to 60 feline residents at any one time.

The one thing we didn’t have much of was funding to get the rescue started and certainly we didn’t have much to spare either. That said though we knew how important this was to both us, but also to the cats that were to need our help.  So, we went ahead and formed Sunny Harbour Cat Rescue, opened a  bank account with £40 of our own money and hoped for the best!

The cases began to flow in and every time funds were low we would dip into our own pockets to see the cats through. Doing things properly but always with an eye on the bank balance. 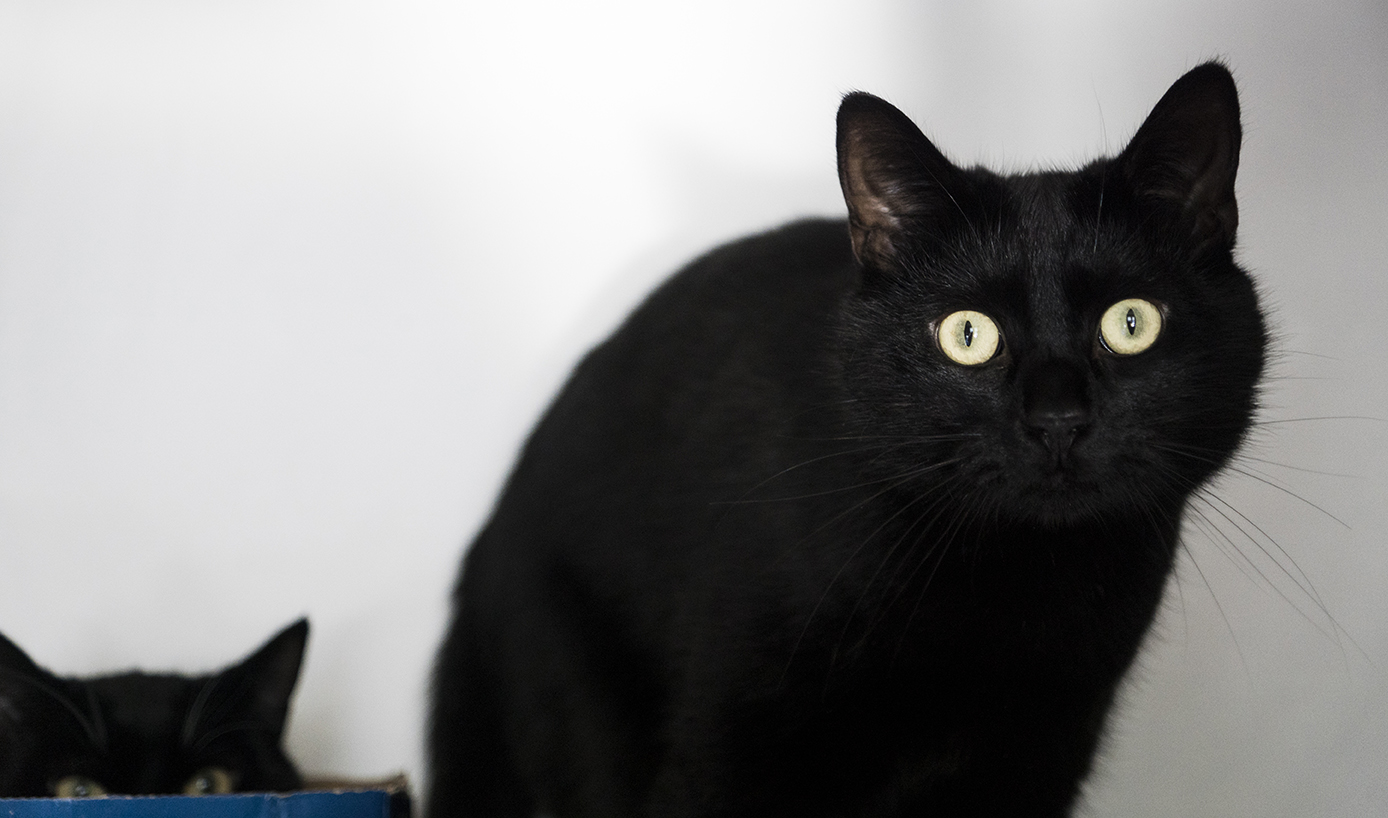 Seeing these once broken, abused and terrified cats go on to live happy, full lives is what kept us going but we barely stretched finances out month to month and with cases like Penny whose owner had died but no rescue would take her because of her age we had to begin asking for more help from the public.

Penny came to Sunny Harbour with her brother Monday a gorgeous Ginger Tabby & White.  They had lay beside their elderly owner for 3 days after she had passed in her sleep before anyone found them.  At 19 years old most rescues saw them as un-adoptable and a drain on finances.  Sunny Harbour took them in and it was just as well we did.  Monday was suffering with skin cancer on his nose and face and Penny had severe hyperthyroidism causing her heart to race dangerously high and rapid weight loss.  We placed both into a long term foster home and made Monday comfortable.  He had 18 fantastic months before we had to let him pass to Rainbow Bridge.  As for Penny?  we treated her condition and eventually opted for surgery to remove the gland to resolve the problem.  That was in 2009 and she remained with us until 2014 and at 25 years old passed gracefully onto Rainbow Bridge!

Sunny Harbour Cat Rescue firmly believe that we do not posses the right to decide who lives and who dies purely through financial loss or gain.  What matters is quality of life and all of our cats no matter how long they have been with us have always had that.

We have been lucky and since 2008 we have accumulated amazing support from the people who have adopted our cats and slowly but surely Sunny Harbours place in the rescue community has grown.  We like to think of our adopters as part of the Sunny Harbour Community, as one adopter called it, and we believe that we all share a passion and love for our cats no matter what their issue and love to hear from everyone whether by post, email or through our Facebook page.

As one adopter once said to us

We couldn’t agree more.  Our little ones remain with us here until we believe they are physically and psychologically capable of making the change to a new home and new life.  For some this can take a couple of weeks, others 2 months or more. The benefits for our patience to both the cats and the adopters is phenomenal.

We would love to say at this point the funds just flowed in.  Word did get around about Sunny Harbour taking these cases and we soon became inundated with them and continue to do so.  A lack of funding to see us through and only Paul and I at the helm there have been times where we thought things just couldn’t keep going.  We desperately needed to find a way to help increase our funding as we knew we already stretched what little we had beyond breaking.

Cases like Joey were heart breaking.   This little old cat had been chased away repeatedly for being a ‘pest’.  We only received the call because it was thought he had broken his leg.  We didn’t hesitate and dashed out to get him.  When we got there, what we found was horrifying.

This once handsome proud gent was skin and bone.  His gums so swollen his teeth had fallen out.  His lips were worn from eating mud and his stomach full of mud and stones to make him feel full.  His feet were infected, he was missing most of his fur. He had sores all over his body, eye infections, well you get the idea.   We gave Joey 19 comfortable days where he knew love, compassion and cuddles.  This little cat who through no fault of his own had been wandering lost and begging for help.  What did humans do?  they chased him away until we took him into our refuge.

That’s exactly how our rescue got it’s name Sunny Harbour.  The Sunny part is named after a little brave kitten we rescued in 2005 who we named Sunny Jim and Harbour as the dictionary definition was “a place of safety and refuge”.

In 2010 we were granted charitable status by the OSCR. A necessary step to enable us to help increase funding by claiming gift aid, eBay for charity, tax allowances and the sort.  This has allowed us to remain ‘just’ in front of our expenses making life just that little bit less stressful though we still work tirelessly to scrimp and save every single penny we can.  With so many high priority cases unfortunately finances are too often depleted. 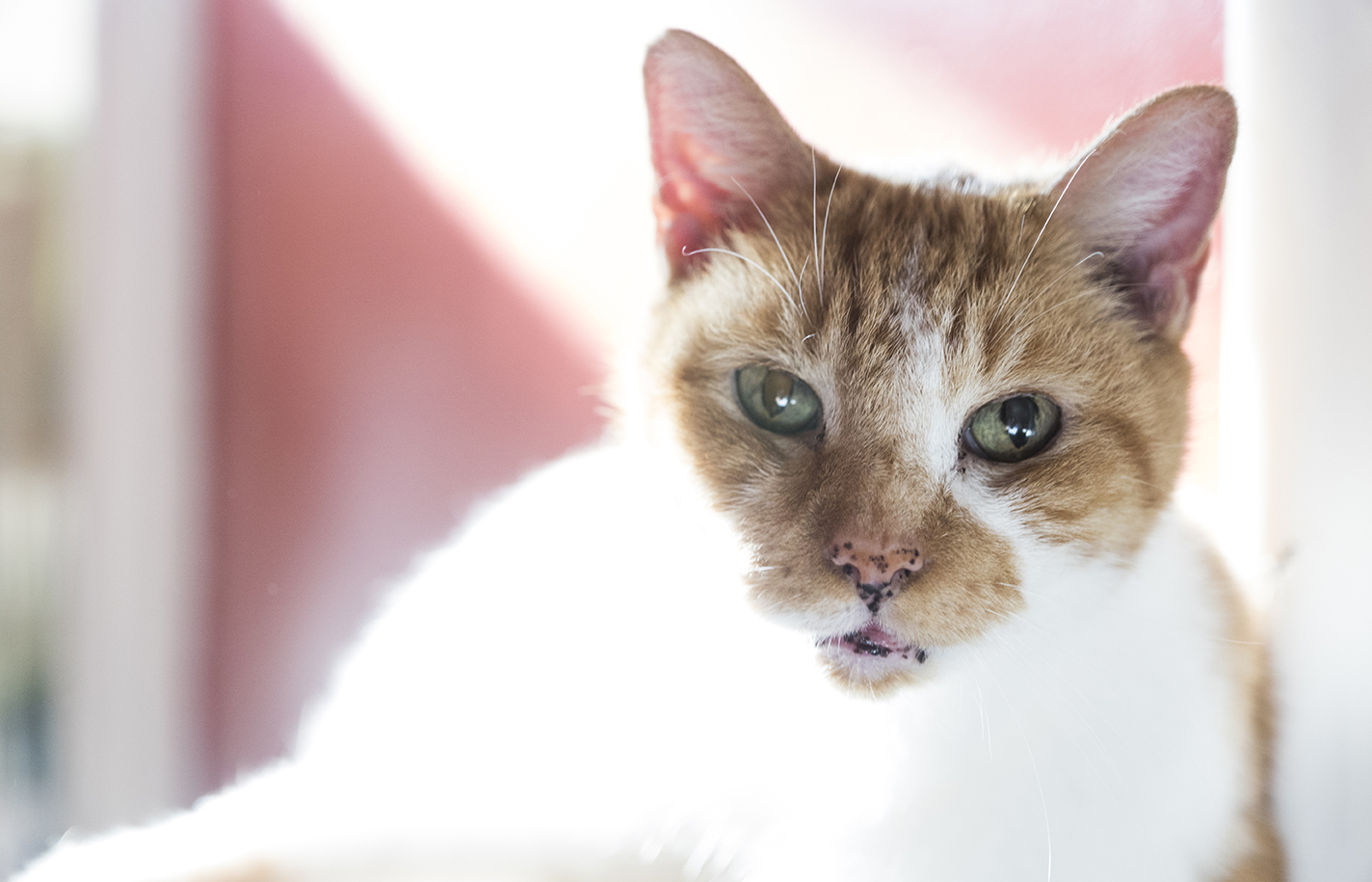 Why will supporting Sunny Harbour make a difference you ask?

We don’t have large funding or resources of a permanent income stream such as a chain of charity shops.  We don’t operate a boarding cattery or have infinite funding to tap into, we have only determination and a passion to care for our charges so that they may heal from their injuries, neglect and abuse and a few wonderful people who send donations each month. Without them we truly could not keep going.

Unfortunately though in order to keep doing so we need to be able to secure our future.   People are out of work, they have less money than ever and more are giving up their pets every day. For us that means more cases but far less funding.

The only way we can continue to help cases like those listed and recent cases such as Alfie, Alice and Bruno is to find a way to increase our fundraising efforts thereby generating the income we need to secure our future to help the most needy cats and kittens.  Those previously classed as un-adoptable who are now living happy, loved lives in new homes.

In order to achieve this we always need new ideas and volunteers to help raise this critical funding. General funds are already accounted for to pay for bare essentials like vets fees, medicine and food and there is little to spare.  What little is left over at the end of the month we must hold onto for the next Joey or Colby who will need our help, who is just around the corner.

Please , if you can, help us to move forward and not only secure the future of Sunny Harbour, but equally the lives of hundreds, even thousands of cats who would otherwise be needlessly euthanised or left to die on the streets.  More information on fundraising schemes, ideas and volunterring can be found throughout our website.

Just a few pounds can make a huge difference!